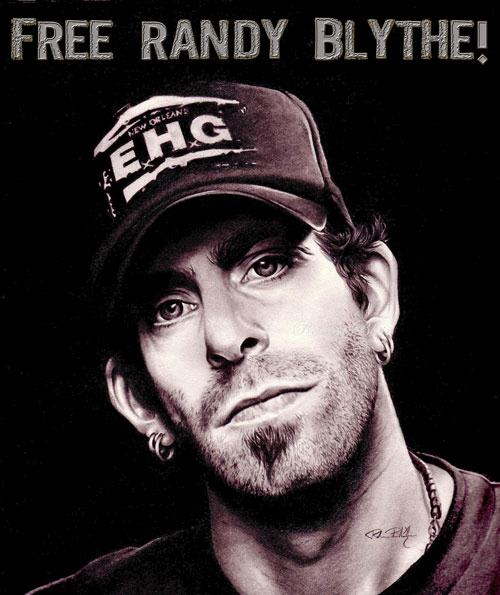 In metal circles, there has been a lot of talk these last few weeks about the arrest of (and subsequent denial of bail) of Lamb of God singer Randy Blythe in the Czech Republic. There has been next to nothing about this in the mainstream press. Randy stands accused of manslaughter based on an incident that occurred at a show on May 24th, 2010. A 19-year old fan broke the rules and climbed up on the stage and was knocked off again by Randy. Apparently the 19 year old landed on his head and died a month later from bleeding in the brain.

Let me start by saying I am of course terribly sorry to hear of the passing of another metal brother, and I feel for the loss of his friends and family. I, however, would like to point out a few things.

First of all, this kid broke the rules by getting up on the stage, and in doing so took upon himself the risk of getting hurt. Musicians get up on the stage to entertain, and are frequently bombarded by the not-so-innocent crowd members who feel it is their right to throw objects at bands they do not like. Being up on that stage makes musicians a target, and a fan getting up on the stage is an invasion of the band’s personal space. If a fan gets up there, the band has no idea what that person might do. I do not think anyone in the metal community needs to be reminded of what happened to Dime when a “fan” got on stage. Anyone who gets on a stage should expect to be un-gently removed, whether by security or the band themselves.

This is heavy metal people. Anyone who has been to a show knows there are rules, and there are also the unwritten rules of the pit. The pit is a mass of “good, friendly, violent fun” but whenever someone goes down to the ground half a dozen people lunge to bring them to their feet before they can be trampled. We have each other’s backs. Crowd surfing, retarded as that is, is another instance where we do our best to keep people from hitting the ground. Getting up on stage is a different matter. There tends to be a barrier and a gap between the stage and crowd, an area where security can patrol. If someone is up on a stage and then jump or get shoved off, unless the security is watching, there is not likely to be anyone there to catch the person. Needless to say, getting on the stage is a pretty stupid thing to do. Anyone who goes into the pit, or does something stupid like getting on the stage, knows they are responsible for their own actions and could be hurt in the process. Laying the blame elsewhere is just plain stupid.

A number of years ago Buke and I were at a Manowar/Rhapsody show in Baltimore where we saw an instance of stupidity in action. It did not involve the stage, but it goes to show how stupid fans can be.

Buke and I were watching the show on the floor (this was at Sonar, where there is nothing but floor) and talking to this guy that we knew from other local shows. The place was not all that full, and we were probably around the middle of the room. Some jackass behind us kept getting all wild and shoving into the back of people. There was not a pit, just one guy acting out. The dumbass kept knocking hard into the guy we were talking to, and our acquaintance repeatedly told the guy to cut his shit out, which the dude ignored.

Eventually, our acquaintance turned around and shoved the idiot. He did not exert any excessive force or hit the guy; he just shoved him to protect his personal space. Dude made like a plank and just fell straight back with his arms at his side and fell smack down on the pavement hitting his head hard. The guy was out cold, pissed his pants and may have been bleeding from the back of his head; I do not recall. The police came, Buke and I gave statements, and the dumbass was carted off to a hospital. I wonder to this day whether the guy lived or died; he looked pretty fucked up. Whatever happened to him was too bad. You do not wish that shit on anyone, but he brought this upon himself. No one there, even his friends, could deny that he was being an ass and would still be enjoying the show if he would have just kept his shit together.

Arresting Randy Blythe for defending himself and his band mates, for protecting his stage, is horse shit. If anyone (other than the fan himself) is to blame, it should be the venue’s security personnel that were lax on their duties and let the fan get on the stage in the first place. I was not there, and have not seen any video of the incident, but based on what I have read in the news that is the position I am taking.

An average person is not likely to have the perspective of having to deal with out of control fans, but bands of a certain level of popularity have to take this into account all the time. They have no idea whether the fan approaching them is going to shake their hand or shoot them in the head.

It is a shame that 19-year old fan, Daniel N., is no longer with us, but that does not make it right to hold Randy Blythe in a foreign country and deny him bail. I support Randy and will do anything within my power to see him back him in Richmond, Virginia where he belongs.

Tales from the Stage

Hey, check out this new book that came out today. It is called "Tales from the Stage" by Michael Toney. Looks pretty interesting. I just got my copy, so I'll have to get back to you on a review. But you can check it out for yourself now, just hit up the Tales from the Stage page! 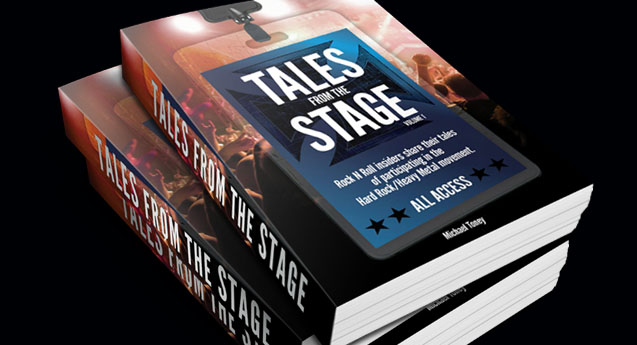 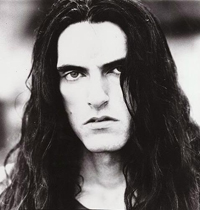 Two years ago today we lost Peter Steele of Type O Negative and Carnivore. The shock and despair I felt at learning of the passing of such a talented musician, at such a young age, hits me fresh in the face every time I hear one Peter's songs. We miss you Peter.

To celebrate his life and continue thanking him for the music he left us, I present you with the video for "Black No. 1". This video was my first taste of Type O; I think I saw it on Headbangers Ball. I was immediately captivated by the sound of this incredible band, and it became my mission to find "Bloody Kisses."

The one time I got to see Type O live was in Flint, Michigan. They had Life of Agony opening for them; what an amazing pairing that was. It was a great show. I remember before they played "Black No. 1" Peter said that he was surprised how he wrote four notes and made a million bucks. He said next time he was going to write eight.

Thanks for sharing with us Peter. 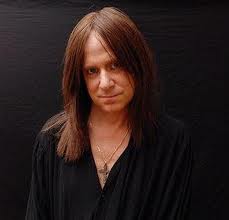 I just saw the terrible news about the passing of Riot founding guitarist Mark Reale. I can't believe I was just telling Buke a few weeks ago that we should go see Riot when they come to Jaxx (it was scheduled for last week before being cancelled due to Mark's health.) And now he is gone.

I was really only ever a fan of the "Thundersteel" album, but that one album holds cherished god-like status in the heavy metal hall of fame in my mind. I never got to see them live and was hoping to school Buke in some more classic songs. What a shame, and a loss to the metal world in general. Let's remember Mark by spinning up some old Riot tunes! (or even some new ones from their recently released "Immortal Soul.")

Check out this new single from my friends in Charm City Devils. It's a cover of "Man of Constant Sorrow." It's been stuck in my head all afternoon.